Last year I tried to suggest to Sinta the concept of doing some patchwork with all the leftover scraps of fabric we collect.  I even made up a few small samples to show her the concept.  But it didn't jell for her.  Then a few weeks ago, Serenity mentioned how she has seen a number of patchwork bags in the city centre.   So I finally had a moment chatting with Sinta, and I mentioned what Serenity had said.  Sinta immediately brightened up and told me a little story…
A week or two earlier, on a return trip from the sewing shop, Novi and Sinta were offered to share a taxi with a foreign lady.  The lady was particularly large well built, so that Novi had to half sit on Sinta’s lap to fit in, but as it turned out, Sinta was so close and snugly that she got a good look at this foreign ladies bag – it happened to be a bright patchwork bag, joined simply by overlapping the edges and using a zig-zag stitch.  So Sinta was very keen to try it as she thought it was a very attractive bag…. And so the next afternoon she proudly visited me at home after closing to show me this beautiful bag! 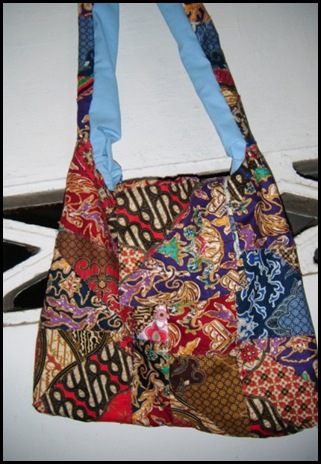 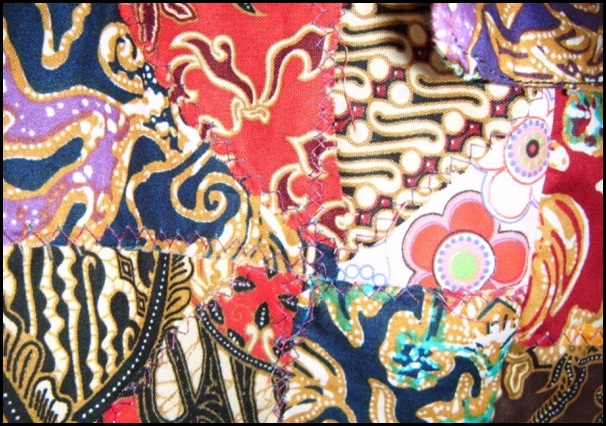